Notice the green vegetation on the stream bottom ? That indicates springs entering the stream from the bottom. 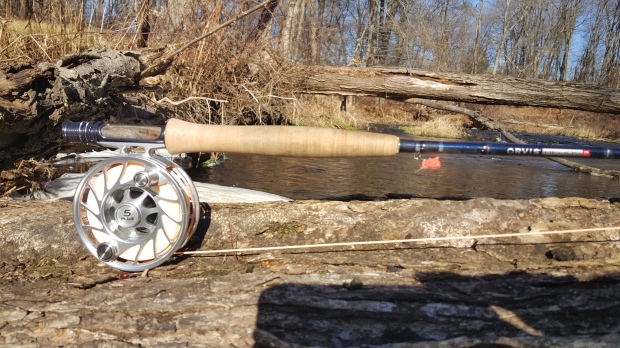 I’m not a gear junky fanatic so use whatever gear you have. But, use as long of a rod as you can get away with. In this case it is a 9 foot 5 weight Orvis Helios 2 with a Hatch reel and Cortland 444 DT line.

A long rod can help you play a fish over woody debris and bushes. 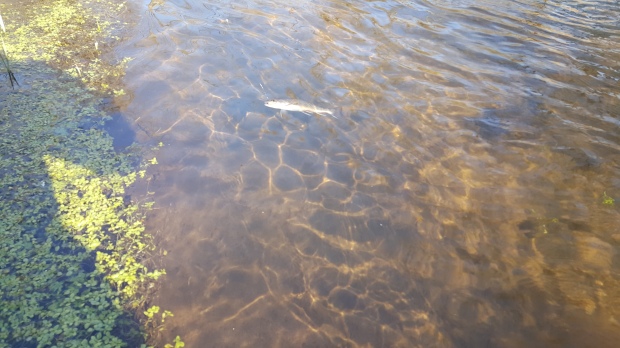 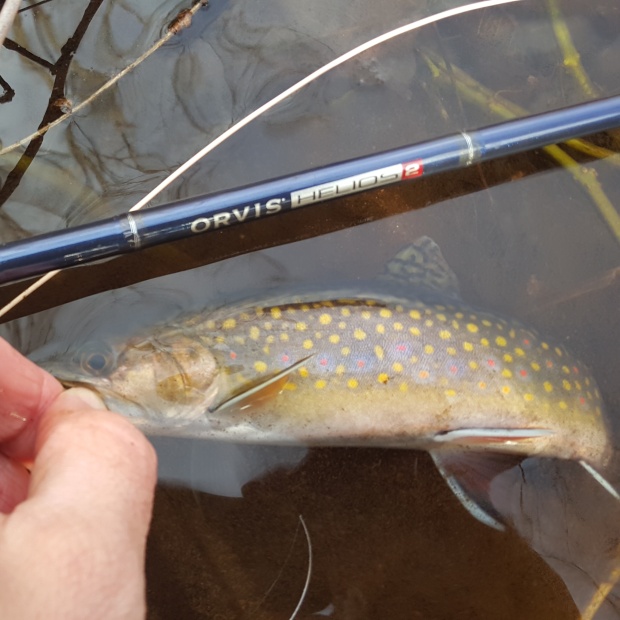 Any brookie under 12 inches is not stocked.

Another one caught in a deep wintering hole.

Final brookie of the day.

Insomnia the night before you start your three day work rotation is never a great way to start your shifts, but I had this blog on my mind among other things so I decided if I can’t sleep I might as well be productive.

I went to my club stream yesterday to fish for an hour or so in the morning since it was the only day this week I was able to get out. The two previous days were bitter cold and windy with gusts up to 50 mph in the Coventry/Mansfield area. I chose my club stream over a local freestone one because it is spring fed and therefore does not freeze over. It is stocked in the spring with a substantial number of browns, rainbows, and a few brookies. The browns and brookies tend to survive the best due in part to the fact that they like to be around structure more. However, I have seen some natural reproduction of rainbows as well over the past 3-4 years. Despite that fact, our members tend to harvest a lot of fish, too. Luckily, the natural reproduction on this particular stream is fantastic and any fish under 12 inches is native. It has become an increasingly tougher brook to fish as the wild populations increase each year.

Very few members fly-fish this stream so I tend to have somewhat of an advantage when it becomes ” difficult ” during certain times of the year when the trout are turned off of bait. That tends to be when the stream is at a summer low and very little in the way of runoff occurs except when it rains heavily or thunderstorms deluge the area. That being said, it is a stream primarily composed of fine gravel, clay, and silt and has a low amount of insect biomass. What makes it such a great fishery is entirely due to the fact that there is a lot and I mean a lot of woody structure and of course it’s spring fed.

The stream gets over grown in the summer and makes working a long rod harder but in the winter and early spring a 9 foot rod is wonderful because you have so much line control and ability to reach over pucker bushes, downed tree limbs, and keeps your nymphs, wets, streamers or dries in drift lanes or thalwigs better. That is a big advantage when you only have one shot at getting a good drift. Also, I nymph traditionally without indicators or sighters, and use weighted nymphs and/or shot so I want that long rod to control my drifts precisely even if it is a small brook or stream.

As I have mentioned previously, this stream does not harbor a huge amount of insect biomass so any generic wet, nymph, or streamer works well at any time of the year. But, egg patterns and any of their derivatives like sucker spawns, etc., are excellent because fish have seen eggs of all types since they were fry and know what they are. Although I’ve use all kinds of colors in the past, natural fleshy tones have out produced everything else and proved so again on this trip.