March is a quirky month to say the least. March 1st marks the end of meteorological winter, then, within a few weeks, you have Daylight Savings Time beginning as well as Spring Equinox. Add to this the weather folklore saying  ” In like a lion, out like a lamb “, and you can be scratching your head in disbelief or shaking your fist and cursing. I think I did a little both yesterday.

First, I was shaking my fist and cursing because the day before and the preceding week, I was fishing and enjoying some of my local eastern streams that were recently stocked. But, by the end of the storm, I was quite happy that in my area we did not get the amount of forecasted snow- at least it doesn’t seem it. While I was blowing out the driveway, I observed a Robin perched on my neighbor’s fence…weird right ? Hence, I was scratching my head in disbelief !

The  saying ” beware the Ides of March ” is also notoriously linked with this month. This is because the 15th marks the day of Julius Caesar’s assassination where he was stabbed to death on his way to the Theatre of Pompey. Caesar was previously warned by a ” seer ” that harm would come to him no later than the Ides of March. While he was headed to the senate, he saw the seer and said ” the Ides of March are come”, to which the seer replied, ” Aye, Caesar; but not gone. ”

This whole account was famously portrayed in William Shakespeare’s play Julius Caesar where the famous term ” beware the Ides of March ” has been etched in history. Today, it has a connotation that it is a bad omen, etc., but, in ancient Roman times before Caesar’s death, it was traditionally a time of religious observance.

For me I look at this saying and time period as a threshold or turning point between true winter and more spring-like conditions on a more consistent basis. Also, we are less  likely to have a major snow event like yesterday. Does it still snow? Yes. Our last recorded snow has been as late as May 7th but, huge blizzards where it doesn’t turn to rain or mix is less and less likely. And, we start to see real signs of spring like : 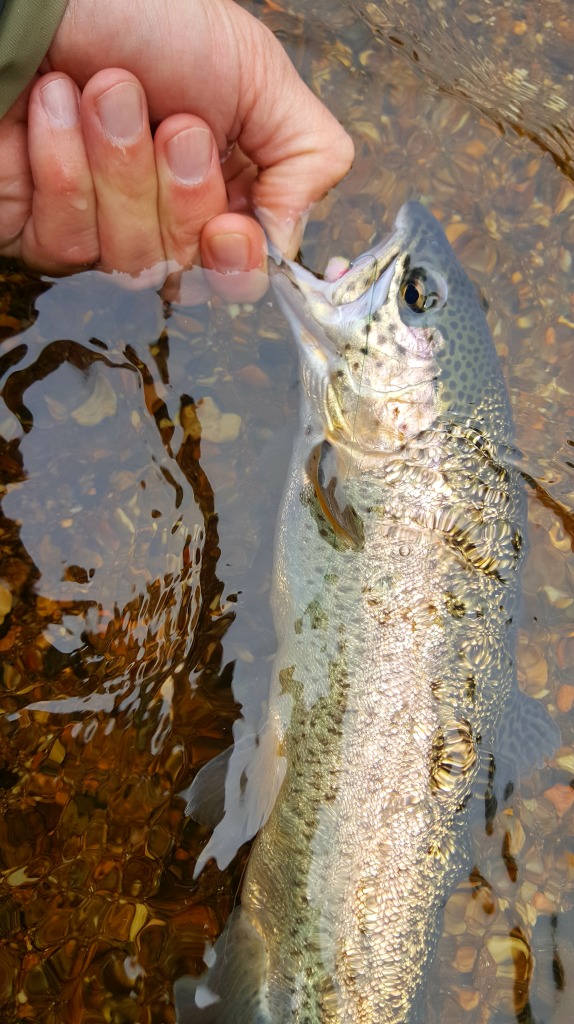 The catching of stocked fish in our local rivers and streams !

So far I can’t really complain too much since we have had a mild winter and we are slowly getting some water back. Plus, CT DEEP has been dutifully out there performing their stocking tasks undermanned and  under budgeted. Thank you CT DEEP, without you guys fishing around my area would be rather poor most of the year !

For now, I probably won’t be able to get out and fish for the next few days. The weather is still going to be questionable, too, but it doesn’t look like another blizzard is on the horizon !

I can report that two area Eastern Connecticut streams that are TMA’s have been stocked and fishing rather well up until yesterday. Here is the proof: 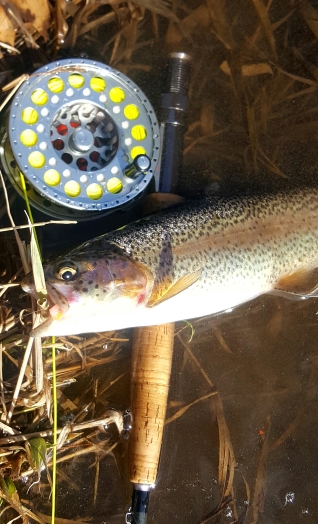 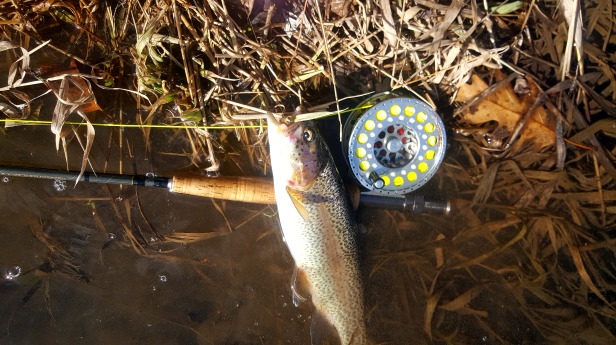